Shooting locations are very important for a movie. Plans are made months before this work to search for locations. This is not as easy as it looks. Experts who work particularly to achieve this search for various locations different than each other based on the subjects and atmosphere of the movies and try to find the most suitable environment for that movie. Sometimes, in studio environment, selected location’s exact model is prepared to build special and huge stages. Sometimes even the oceans are recreated with the help of various visual effects and huge water tanks.  Sometimes the mountains, hills and caves are built. Or, a large-sized town is prepared according to the original with each detail, by adding visual and sound effects, and shown as if it was a real place and presented to the audience with great success. A movie’s decor and lights are very important, but some films have such requirements to preserve the cinematic atmosphere that they have to be filmed at sets completely created outdoors. Each director may not want to create an ocean with the help of pools and tanks. Below you will find some of the important movies that left their mark in history and information on their real shooting locations! 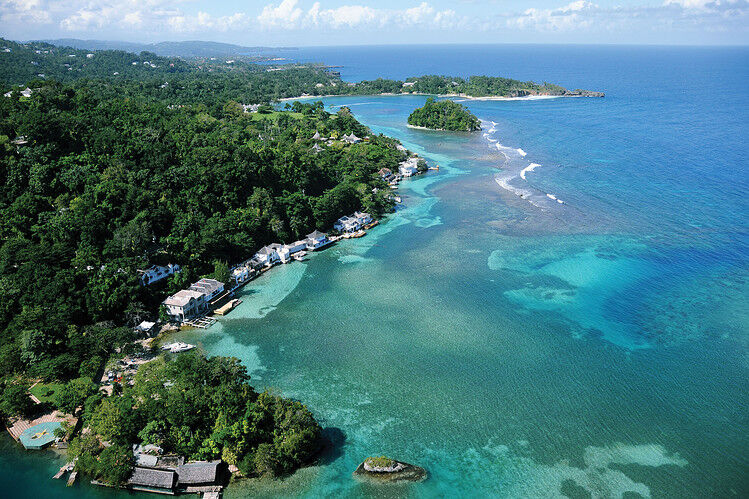 This unforgettable youth movie, where the leading roles were shared by the world-famous and charismatic actor Tom Cruise and Elizabeth Shue who won Oscar, was also very important for Tom Cruise’s career. Not only the actor’s talent and music but also the exotic environment at the background were mentioned frequently. This famous movie was shot at Port Antonio of Jamaica. Port Antonio, which is a port city located at the northeast coasts of Jamaica, is almost a magical region thanks to its deep blue waters, very green nature and other natural beauties. The famous waterfall scene in the movie was also shot at this location. 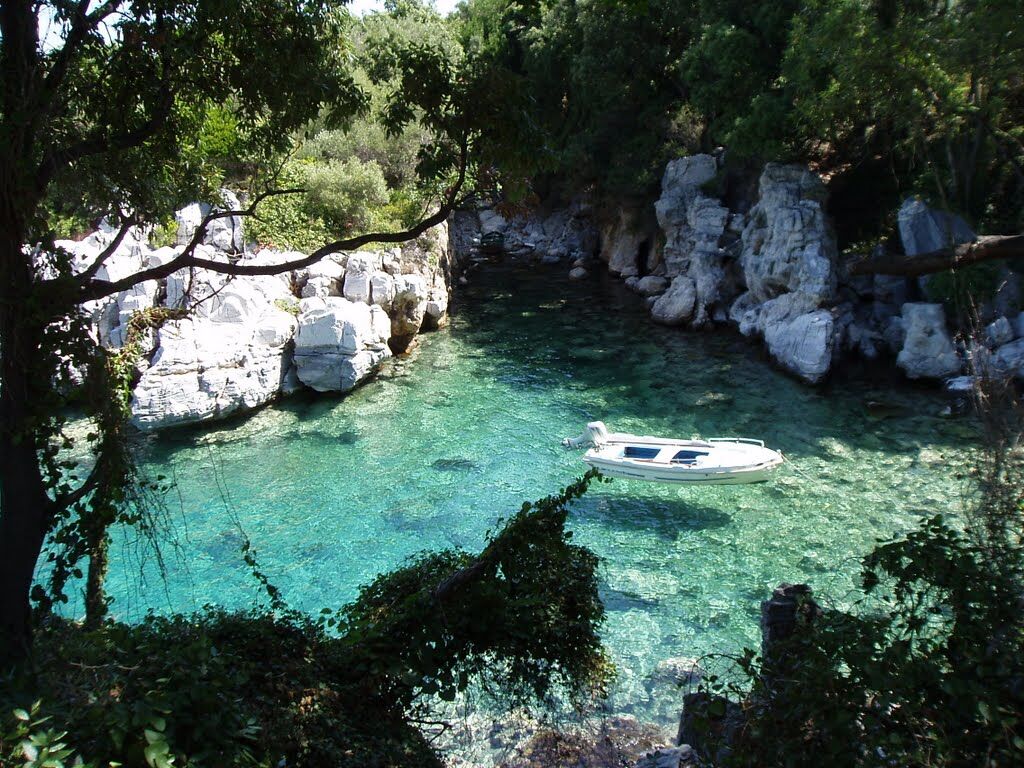 The musical that was turned into story with ABBA’s music, where experienced players Meryl Streep and Pierce Brosnan played as the leading roles, was often mentioned thanks to its subject and songs, each of which was more famous than each other, and the background sceneries. Many scenes of the movie were shot  at Damouchari, a rocky island of Greece. The island known for its turquoise waters gained its real fame after Mamma Mia, and hosted millions of tourists especially during the summer season. The church seen at the final scene of the movie rises at the hill where it is originally located. 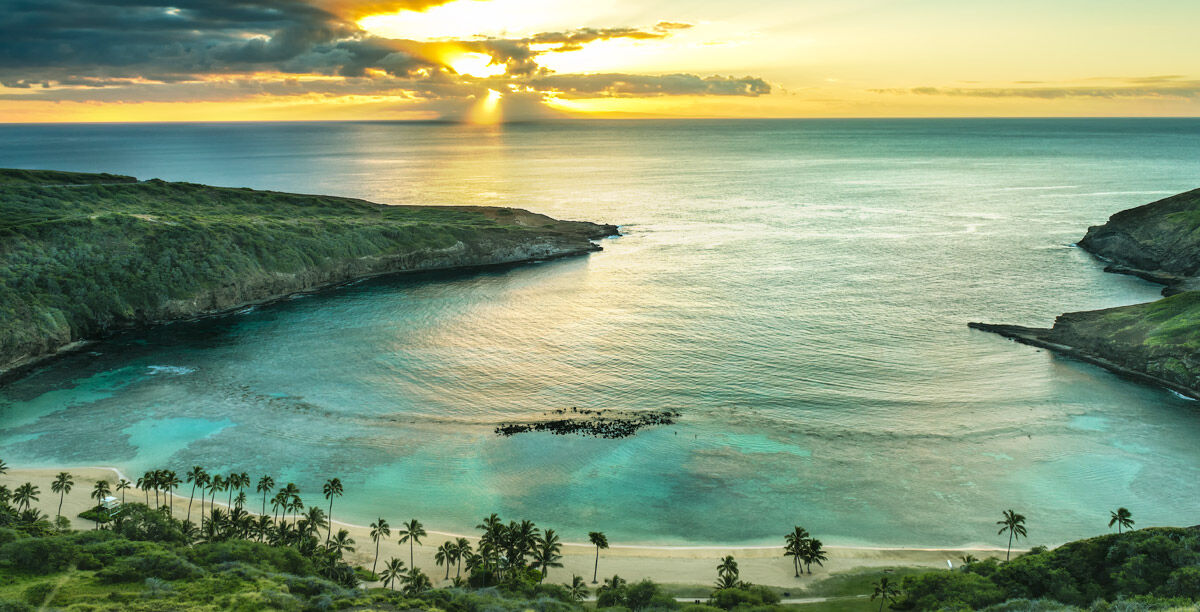 All of the exotic locations shown in the romantic comedy where the leading roles were shared by Drew Barrymore and Adam Sandler, were shot  at Oahu of Hawaii. The region is the third largest island of Hawaii, and the local people also took part in the movie during the shootings.

4- PIRATES OF THE CARIBBEAN : 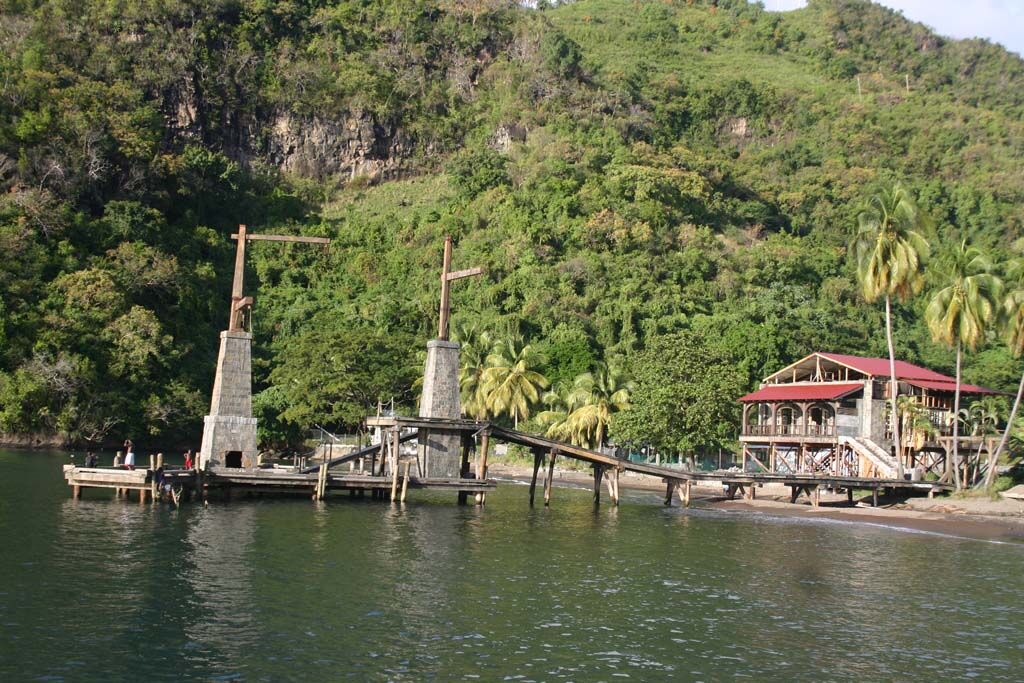 The shootings of this entertaining pirate movie, in which the leading role was played by Johnny Depp, were carried out at Wallilabou Bay in St. Vincent region of Caribbean. The exotic locations shown in the movie which presents many adventure stories experienced by the pirate with eyeliner and his team, attracted attention at least as much as the leading players. Wallilabou village, which hosted the movie that was shot at the island section that is not exposed to the wind, was also used as a shooting set for various movies. 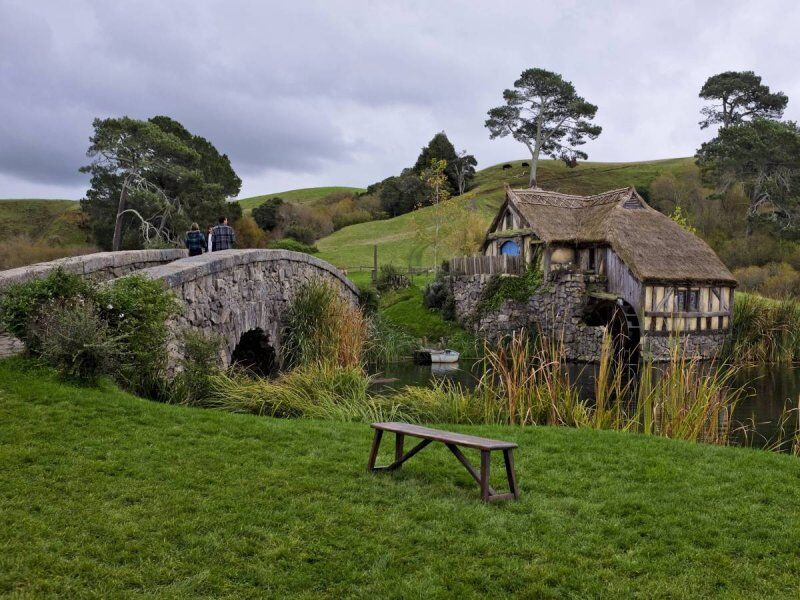 New Zealand was used as a set for the many locations in the movie that was shot as an epic cinema series, based on the famous British author J.R.R. Tolkien’s books. New Zealand, known for its natural beauties, gave this poetic movie an extraordinary atmosphere. New Zealand also hosts various other movies and TV series, thanks to its natural beauties, excellent locations and low population. 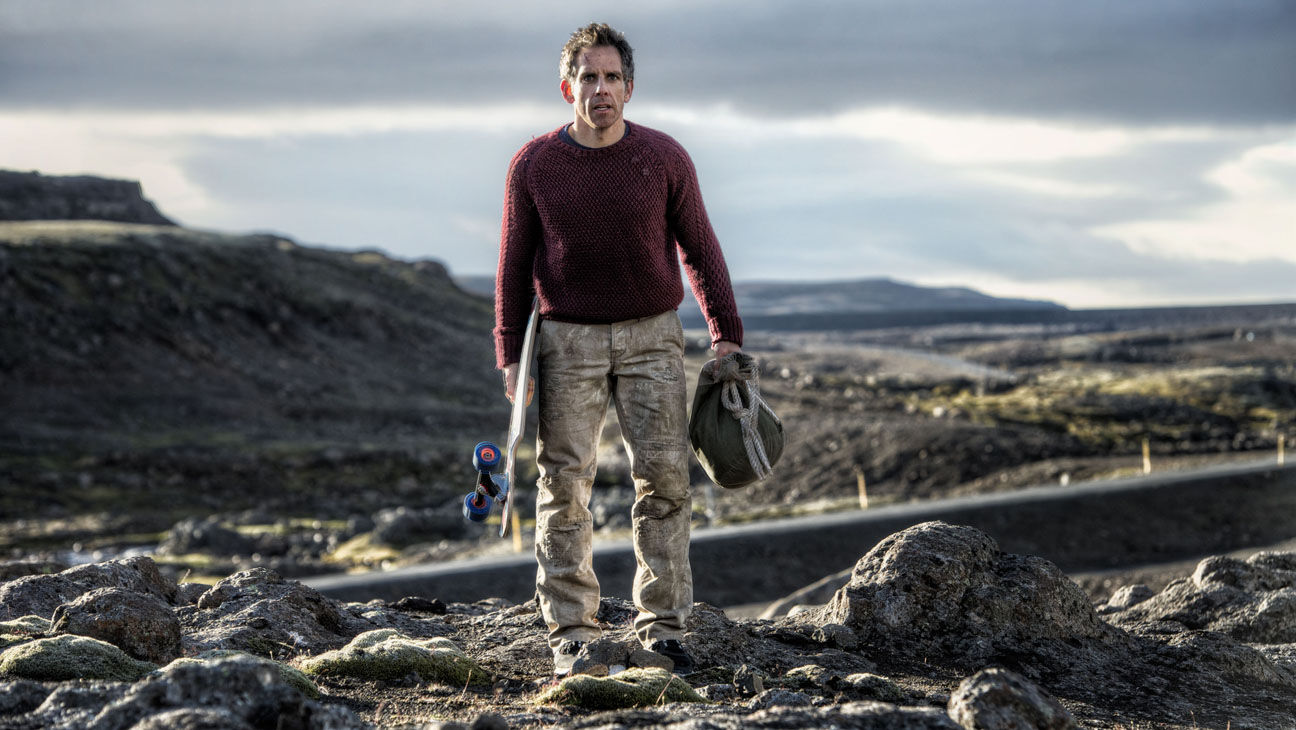 The movie, in which the experienced actor Ben Stiller has the leading role, is about an adventurer that escapes from his monotonous life. This movie was shot at Iceland, which is famous for its fjords with perfect beauty. The movie that imprinted on the memories with its skateboarding scene, reveals the wild beauty of Iceland. 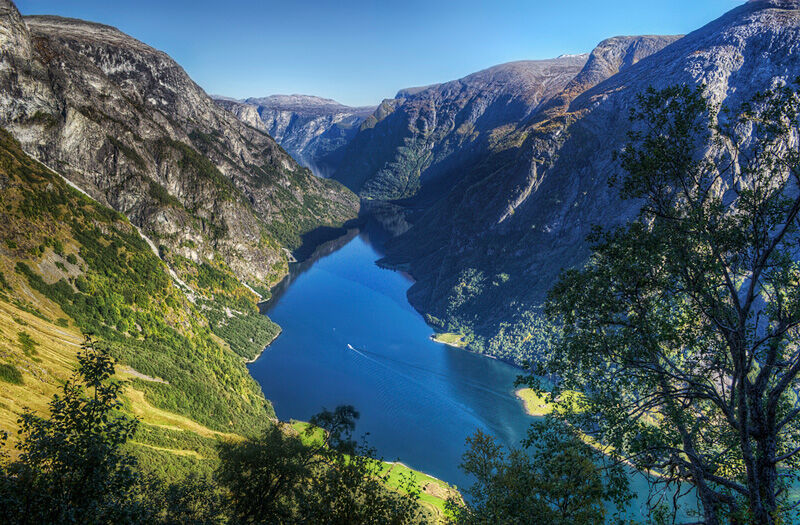 This movie shot in 1958 left its mark on history with its skilled cast. Leading roles were shared by Hollywood gods Kirk Douglas, Tony Curtis, Orson Welles and Ernest Borgnine. A Viking village was founded for the movie shot in Norway. The fjord with 18 km. of length is located at Naeroyfjörd region. 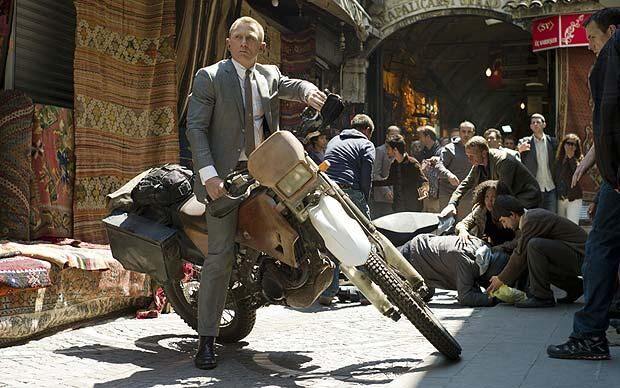 Skyfall movie of James Bond Series, in which the leading role was given to Daniel Craig, was shot at the historical places in İstanbul. Movie sets were prepared for shootings carried out at locations such as Sirkeci and Eminönü, stunt performers were kept available and local people took part in some scenes. The movie also had a marketplace organized in front of the New Mosque in Eminönü; the charismatic agent 007 chased the bad guys on the roofs of the Grand Bazaar, and security precautions were taken for the cast and set team. 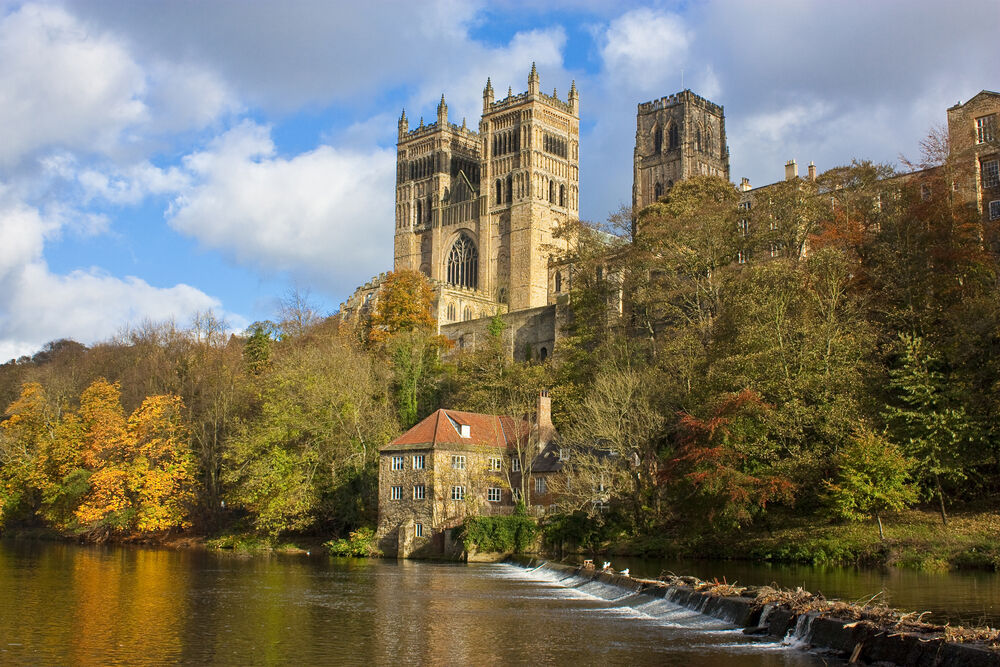 Although many indoor scenes used huge studios for the movie of J.K. Rowling’s famous Harry Potter, many scenes that gave the movie its atmosphere of reality were brought to life in United Kingdom’s distinctive historical locations. One of them is the platform scene on the way of Hogwarts Express. Many people admired this platform’s distinctive atmosphere. The famous 9 ¾ platform mentioned in the movie is actually the section between the 4. and 5. platforms at King’s Cross Train Station located in London. Hogsmade station shootings were carried out at Goathland Train Station in North Yorkshire. Famous Durham Cathedral was used as the courtyard of wizardry school Hogwarts.

New Zealand, the hometown of director Peter Jackson was used for Hobbit trilogy’s outdoor locations.  Endless countryside of Hobbit world could only be shot at such a fabulous environment as New Zealand. Director preferred the region called Rangitata Valley for the scenes that especially required wide angles, and achieved a unique cinematography. Dry Creek Quarry, which is currently a region that can only be entered with permission, was used for Helm’s Deep and Minas Tirith sets. Mordor scenes were shot at Mounth Ngauruhoe which has the excellent scenery of New Zealand. As New Zealand has such a natural beauty, the visual effects were only used as auxiliary elements for many environments used in the movie. Of course, computer tricks were used to create very crowded scenes and these natural places were used to the fullest extent as a movie set.

In Which Museums Are The Famous Artworks Being Exhibited?

What Are The Winter Sports?

Meanings of Colors in Different Cultures

The Most Famous 7 Chocolate Stores In Turkey